In a move to upscale food security efforts, the County government of Baringo has handed over more than 270 Galla goats to residents of Barwessa Ward in Baringo North Sub County.

The Goats that were distributed across the Ward with each sub location receiving 27 goats, which targets the vulnerable in the society in order to improve their livelihoods.

While officially handing over the livestock, Governor H.E Stanley Kiptis stated that, under his administration’s resilience programme, it will help in improving the livestock breeds in the lower parts of the County. 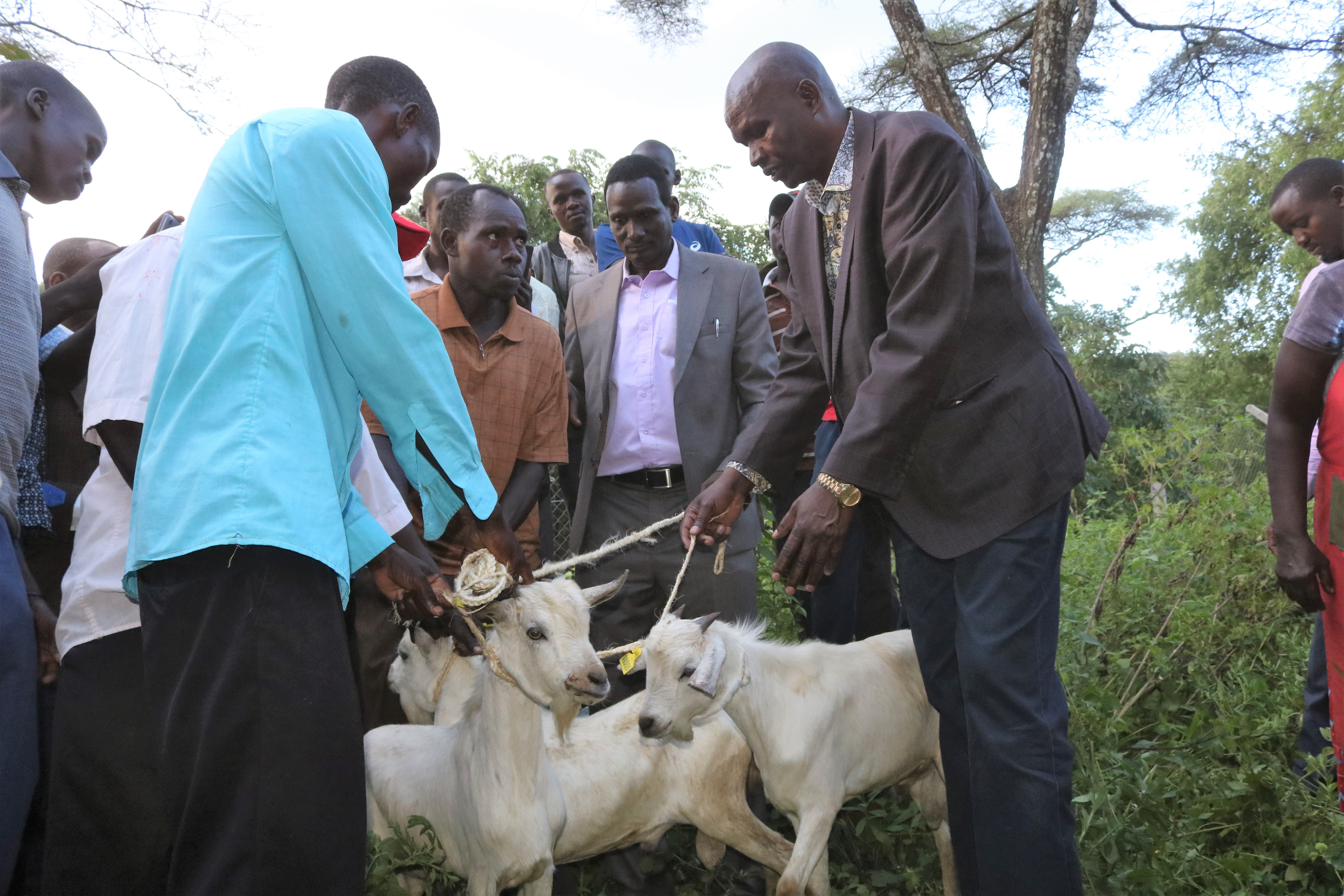 “These improved breeds will fetch higher prizes compared to indigenous ones thus creating wealth for our farmers,” said the Governor.

Another focus that Kiptis revealed is giving out doper sheep and Sahiwal cattle breeds that can adapt to harsh climatic conditions frequently experienced in these areas.

Residents could not hide their joy while receiving the goats saying that County government should increase the number to accommodate more beneficiaries.

The department of Agriculture and livestock distributed 10 two-year old Sahiwal bulls to farmers groups to improve livestock productivity in the county.

CEC for Agriculture, Dr Richard Rotich said the distribution will improve livestock productivity in the identified areas of Kabarnet and Kapropita Wards in Baringo Central, Barwessa and Saimo Soi Wards in Baringo North, Ripkwo Kositei and Kollowa Wards in Tiaty, Emining and Mogotio Wards as well as Marigat and Ilchamus Wards in Baringo South.

"Our department will follow up the beneficiaries and ensure that the ten bulls are well taken care of until the time the project becomes sustainable," said Dr. Rotich.

He noted that the breeds are adaptable in the lower parts the County and are highly resilient to drought where water and pastures are inadequate.

Farmers who benefited from the program have expressed their gratitude towards County government for coming up with such a noble program which will improve their livelihoods.

They promised to take good care of the bulls which will they believe will enhance their economic livelihoods.