The project dubbed Kenya Adaptation to Climate Change in ASALs which costs Kshs 152million and targeting 300 community formed groups that have a common interest.

According to the Coordinator of the project in Baringo County Bett, they are currently training farmers drawn from 24 zones of the six Wards; -Tenges, Mogotio, Koibatek, Kapropita, Emining and Lembus Perkerra that have been selected to pilot the project. 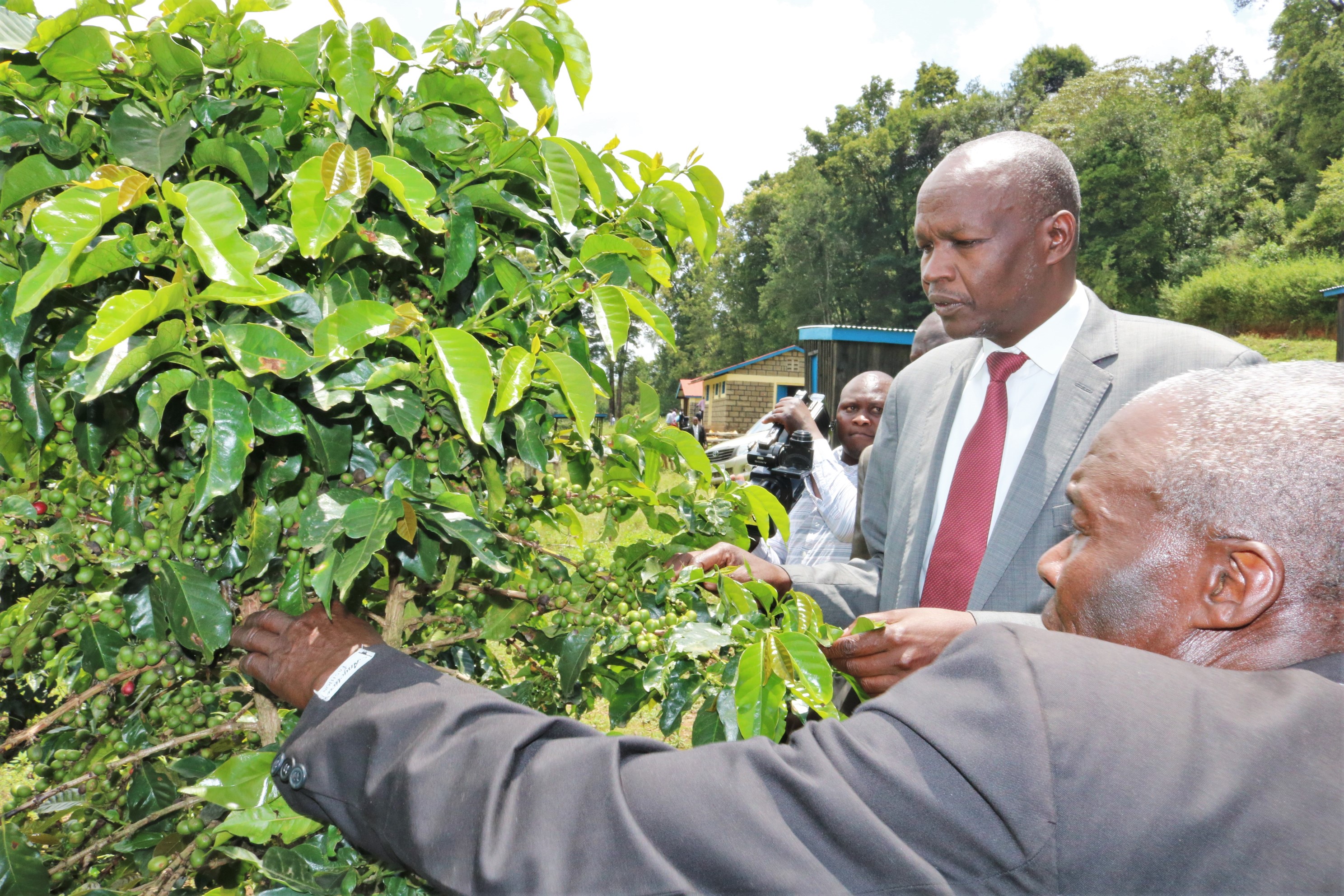 Community registered groups of 20-30 farmers will be formed which can be an existing group or newly formed as well as a strengthened one to generate proposals that will concentrate on either dairy farming, indigenous chicken rearing, growing green grams or sorghum.

Their proposals from the groups will be received and vetted by a 13 member County Community Integrated Action Plan Committeethat will be formed by the community at Ward level through a participatory process where it will comprise of four farmers that represent the four value chain sectors, one member representing the vulnerable i.e. PWDs, minority and marginalized communities and two persons from each zone,

Because it is a community driven project, they are now training farmers to be able to generate Community Integrated Action Plan (CIAP) that will focus on actionable interventions on climate change adaption.

The Coordinator said they are carrying out intervention on water and soil management, rangeland rehabilitation, access to quality livestock service, value addition and post harvest management implemented by producer organizations,

County Agricultural Statistic Officer Walter Kiplagat while training some of the farmer representatives in Koibatek Agricultural Farmers Training Centre observed that unlike the past projects implemented by development partners, they are training farmers on utilizing technology to enhance efficiency and increase productivity to minimize cost of production.

There three funding windows of the project; the community groups where they receive a grant of between Kshs 300,000 upto one million but are required to contribute 10% of the total grant awarded to the interest group. Besides, Persons living with disabilities, marginalized communities and special groups will be exempted from the 10%.

Second window focuses on supporting sub projects that can either be generated at Sub County or county level.

It must be a priority project generated through public participation like drilling of boreholes, water harvesting structures, AI services, vaccination of livestock, construction of roads that spur economic impact among many other projects. This can attract a grant of between Kshs 20million upto 50million. The departments may also identify a project from the CIDP. This also requires County government to contribute 20% of the total grant awarded.

The final window is private-public partnership where the development partner will support private entities that grow and promote the value chain. These are firms or producer organizations that bridge the gap between them and the farmers particularly on provision of marketing services.

“The last window which concentrates on private-public partnershiprequires farmers to contribute 50 percent of these funds for the development,” explained the Statistical Officer.

Validation process of the priority projects are currently ongoing to establish the interest areas forwarded by farmers for action plan.