Baringo County is endowed with varieties of natural resources like diatomite, gemstones, ruby, gold and vast deposits of construction material which when fully exploited will turn around the livelihoods of itscitizens.

The mining project that is set to cost the two Companies more than 10billion US Dollars is expected to commence before the end of this year 2019.

According to Mining Act 2016, 70% of mining proceeds goes to the National government, 20% goes to the County government and the remaining 10% is given to the community where mining operations is carried out.

Kisang said the two explorations presents to the County with an opportunity to get revenue and also host community receive resources for development as well as create about 300 direct employment opportunities for the County.

‘’The goodness with these two Chinese investors, they have complied with our condition of not exporting any raw material but rather establish the factories at site to be able to process the raw material before commercializing it”, Kisang pointed out.

Diatomite which is purely a sedimentary deposit comprising of majorly silica arising from fossilized diatoms is very mild abrasive mineral sought for use in making plastics, tooth paste, absorbents, manufacturing paints, metal polishes and paper. It is used also in bricks, soaps, detergents and filler. 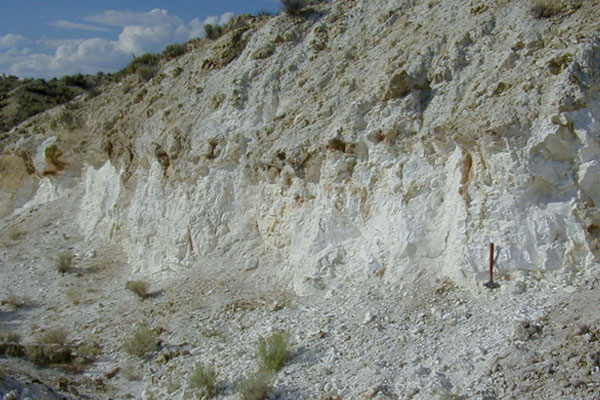 Chuanshan International company has already acquired a mining license after getting a nod from National Environment Management Authority (NEMA) who had raised concern over the exploitation of the resource since it is situated in a fragile environment i.e. a semi-arid area that may take a very long time to regenerate while ZhengWei technique (K) Limited has just commenced prospecting operations.

The Chief Officer assured the members of both communities that the project will bring enormous developments including improvement of infrastructure, electricity and water since the area will attract investors from all parts of the country and that they should accord them the necessary support they may require.

The diatomite lies in an area of conflict dominated by Tugen and Pokot communities who have continued to experience instability due to cattle rustling but both communities have vowed to hand over to the authorities any criminal who will come in between them that can jeopardize the project.

Mr. Khai He, a representative from ZhengWei said they will abide by the Mining Act of 2016 and urged residents to be patient saying that exploration of such a resource requires huge resources and patience.

Baringo diatomite mining operation becomes the second one after African Diatomite Industries Limited exploited for the resource in Karianduzi area along Naivasha-Gilgil road in Nakuru County on Nakuru-Nairobi highway.