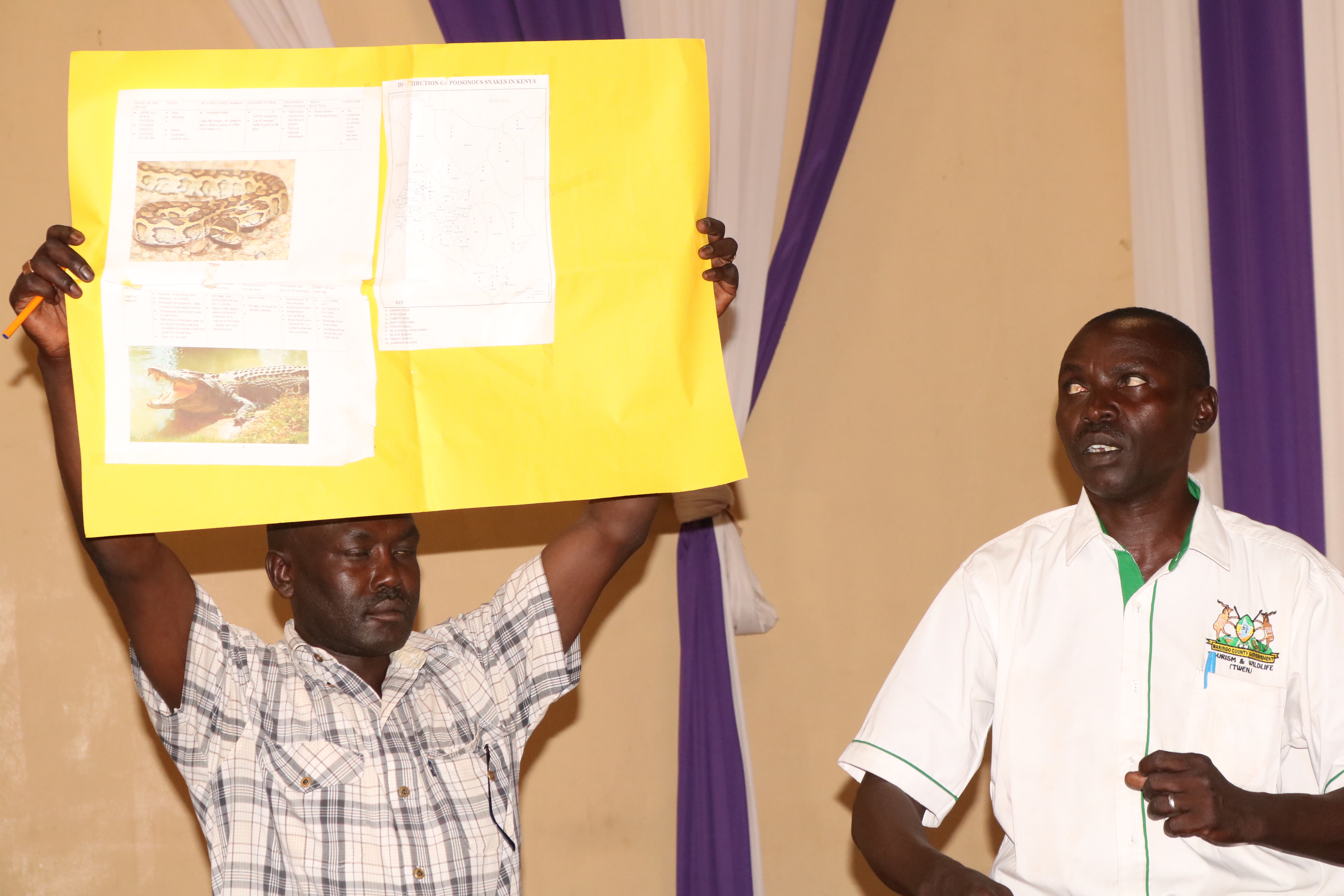 The training session was necessitated by rampant cases of snake bites reported in the area thus the need to empower the community members on how to handle snake bites whenever they occur before seeking medical attention.

Dr. Winnie Bore, the Chief Officer in charge of preventive and promotive health services said the department is in the process of acquiring motor bikes which are modified as mini ambulances to help in responding to snake bite cases.

At the same time she added that the County has stocked all the health facilities with the much needed anti venom and has trained all health workers on how to administer the vaccine and even handle situation where patients develop complications once the vaccine is administered to them.

According to statistics available, an average of 300 to 500 cases are reported in the County on a monthly basis,an alarming figure which has triggered the health department to step up it's efforts to address the menace

Dr. Stephen Kalya, Baringo Referral Medical Superintendent assured the health workers not to have doubts when administering the anti venom as the one currently in use is polyvalent thus is able to neutralize venom from any snake since it was manufactured from venom collected from many species of snakes.

He added that monovalent anti venom is the most effective but unavailable currently due to high cost.

Willy Limo, a curator stationed at Lake Baringo snake park urged the County government to train more snake handlers among community members so that they assist to arrest them whenever they are spotted around

Kenya Wildlife Service officials who were present came under criticism from the locals for their failure to facilitate compensation for snake bite victims but were quick to defend themselves saying they normally send the files to their Nairobi head office which takes long to be acted upon.